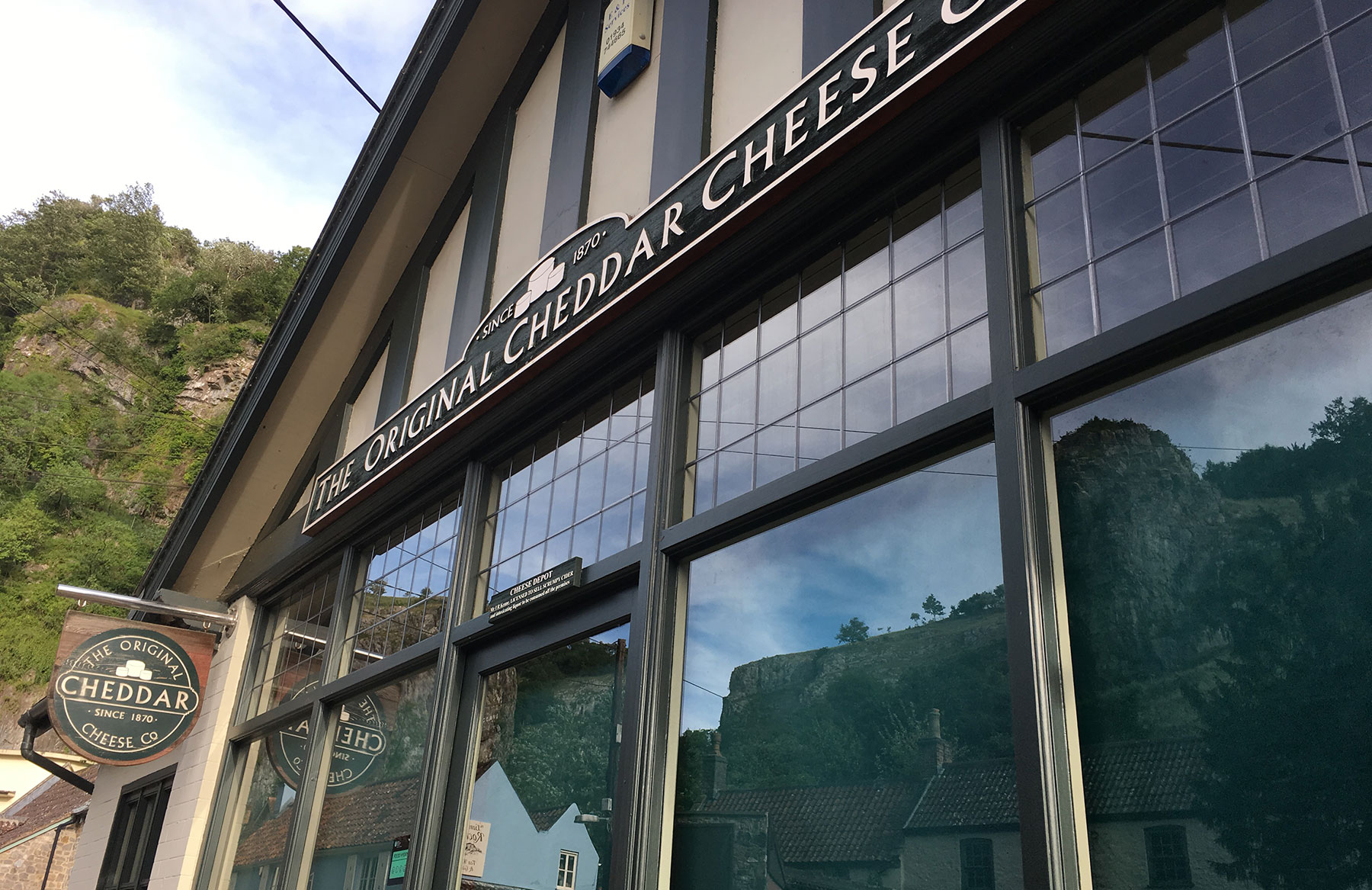 The Original Cheddar Cheese company was founded in the year 1870 by the local Cheddar merchant William Small and family.  He established the first genuine cheddar cheese depot.  The shop is now world famous and remains family operated today.  "the home of cheddar cheese in Somerset England".

The shop is built at the foot of beautiful cliffs in the heart of the renowned Cheddar gorge and Mendip caves.  The dramatic river Yeo's clear icy waters run directly underneath, this site is the most ideal place to store the very finest genuine farmhouse matured cheddar cheese.

Down on our west country farms we have been perfecting the art of traditional cheddar cheese making for hundreds of years.  Our cheddar cheese is created from hard work and dedication to time honoured traditions, along with our lush green pastures and dairy herds that produce our unique pure rich milk.

Cheese making was established in Somerset England 800 years ago.

Cheddar cheese has been popular with Kings and Queens of England through the ages.  Henry II declared Cheddar cheese to be the best in Britain, and recorded purchases suggest that it was very popular at court.  Indeed by the reign of Charles I it was in such demand that it was sold before it had even been made.

Queen Victoria was presented with a Cheddar cheese which weighed 11cwt., made from the milk of over 700 cows.

In 1901 the village of Cheddar was chosen to dispatch an order of 3500lbs. of cheese to Captain Scott RN aboard the ship "Discovery", for his famous Antarctic Expedition.